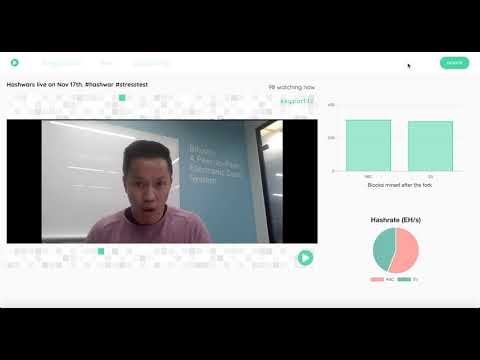 Jimmy, you’re ironically trying to teach us a lesson of “doing what’s right”, when nChain literally attempted a hijacking of BCH’s network effect with a single billionaire funding the takeover. Somehow that’s decentralized?

This isn’t even including all the vitriol, toxic hatred and threats of **lawsuits** spewing from Craig. Jimmy do you really think all these legal threats are “playing nicely and doing what’s right”? I think that’s downright dirty and debased behavior.

And Jimmy, you talked about how “ABC just set a precedent for State actors to rent hashrate and takeover a chain with $20 Million,” and how you decided to take the “high road” by not renting 1000’s of Petahash when you could have. For argument’s sake, let’s say that you did take the high road. Governments or corporations are not so righteous, and if there is a way, then it is only a matter of time before they will try to do it. If this truly is an exploit, then as with *any* exploit, it’s much better that we learn how this BTC/BCH shared SHA256 hashrate game works sooner rather than later. Because eventually someone is not going to be “so *nice* as nChain was”. /s

Hashrate wars will likely be a growing thing in the future. There’s always some maniac who will want to destroy something that betters people’s lives, or some banker elite who wants to preserve his grip on mankind.

I would argue that this time it was SV who was that maniac who did NOT take the high road, who DID attempt a takeover, with cloudly illusions of righteousness– all this, and still lost in the end.

Based on the behavior I saw, I think nChain’s only regrets right now are that you didn’t play *dirty enough*.

Bitcoin is a distributed, worldwide, decentralized digital money. Bitcoins are issued and managed without any central authority.
FindCrypto scans the web for the latest Bitcoin news, so you can find all the latest and breaking news in one convenient location.
Author: BitcoinIsTehFuture
Score: 65
Don’t forget to share the post if you love it !