Ripple update: Could this wallet be the final resting place for Matthew Mellons XRP?

I was recently reminded of the unfortunate demise of Matthew Mellon. He was the early crypto investor who was worth over $1b during the peak, who then died in mid-april to substance abuse. **(Warning, this involves a little tin-foil-hattery)**

I had a trawl through some of the higher value wallets (I want to say how awesome the open ledger is to be able to do this kind of thing). There were a few clues around the place in the news. He spent $2m on XRP, it was worth over $1 billion at the peak, and he was regularly selling it off to fund his lifestyle. he was also a little paranoid about his crypto. His XRP wallet secret codes/passes died with him.

Not a whole lot to go on but with all of this in mind, I think [this wallet](https://bithomp.com/explorer/rsrQzUaZRQHJEaYxeaFpwBWyyiJ9AQk2eW) is a prime candidate for poor Matthews XRP.

Tracing the XRP back to [this origin wallet](https://bithomp.com/explorer/rBPzVkmhGyuVgycQMKFJj8NwREg1ZWLTKg), the majority was bought back in mid-2016 when the value of XRP was $0.005, certainly a low enough price for $2m to get the required amount of XRP. The amount of XRP bought is roughly around this $2m area as well. It looks like up to around 400 million XRP was bought as initial investment, with ongoing buy/sell from this initial out of pocket investment accounting for balance changes. The XRP was originally sourced from the XRP II wallet, one of ripples sale wallets.

During December this final wallet held around 273 million XRP, roughly worth $1b at the ATH.

Now here is the kicker. That last wallet was relatively active, doing some high value trades with bitfinex on 13th Jan (3m XRP appears to have been sold) and creating 4 new wallets. The last activity in this wallet was on March 27th with no further activity in this or any of the 4 child wallets. This is almost 3 weeks before poor Matthew died.

XRP bought around the $2m cost.

XRP sold progressively from initial investment, 400m down to 275m.

Value of XRP held at peak around $1b.

Now I understand Matthew was involved in XRP prior to 2016, the Jetfuel purchase happening in 2015, but this may not have had anything to do with the $2m investment he made? This tidbit is a bit of a cog in the above tin-foil-hattery.

What do you guys think? Given the light information there is surrounding his XRP investments, could these wallets be the final resting place for poor Matthew’s XRP? or could this just be some random whale that has gone quiet during the bear market? 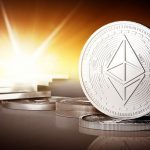 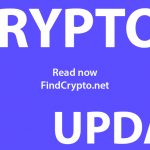